Not quite all over yet!

Well what a wonderful Write Path fortnight that was! The usual last minute panics, thrills and spills but fantastic writing and poetry as always. Lovely to see so many positive blog posts, photos and marvellous videos, I'm so glad everyone enjoyed taking part. There is one last thing to do however - vote for your favourite school entries. Please do take the time to put your vote (s) in, I have some great prizes to send off and I really need help to decide winners! … 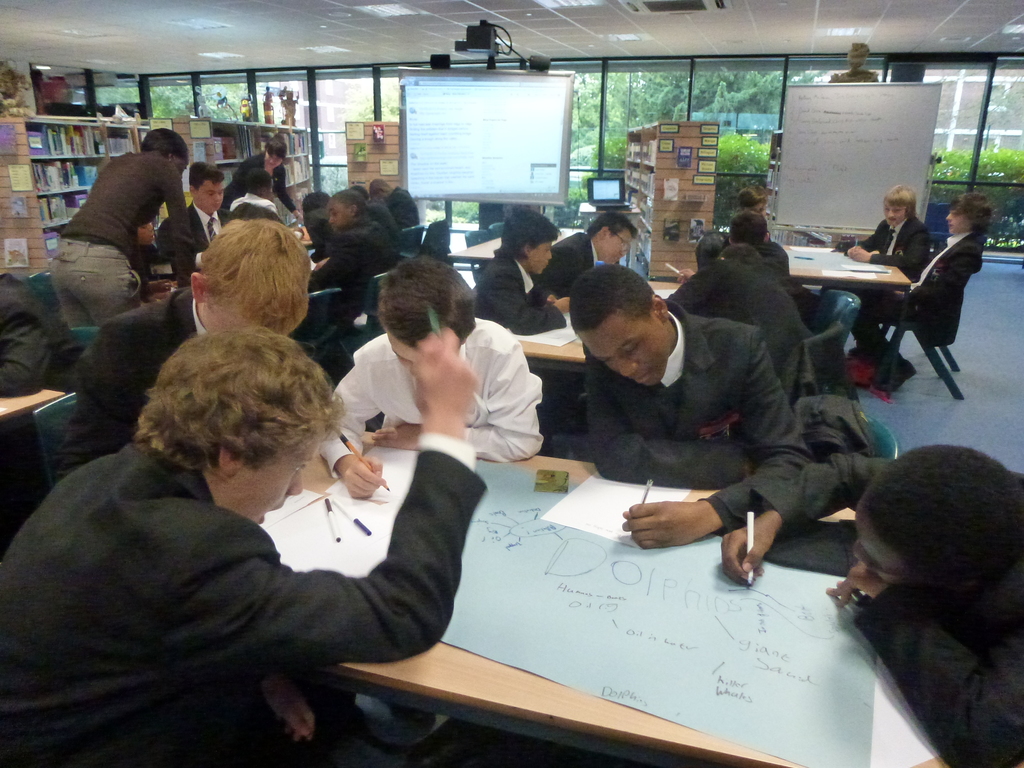 Hello its Miles Jones, Samuel Tibbert, Jeavon Copeland, Harry Welch and John evens. We have been given the task to complete a verse of the poem 'Dolphins' by Jane Prowse. It has been a great way to improve teamwork and we can tell you it got pretty intense on our table under the time limit.
we decided to take a dark and depressing…
Continue

A small group of excited students assembled bright and early this morning, before morning registration, eager to find out what the poetry element of Write Path would have in store for us.  We needn't have worried; we all absolutely loved it!  Several students even said it was more fun than the story writing strand of Write Path and have already begged to be allowed to do it again next year. Thanks to Bev for setting this up and providing such a great opportunity for the students to get…

Our poets are on their way to adding some great stanzas to today's poems! They're all really excited about having their work published and working with other schools from around the world...… 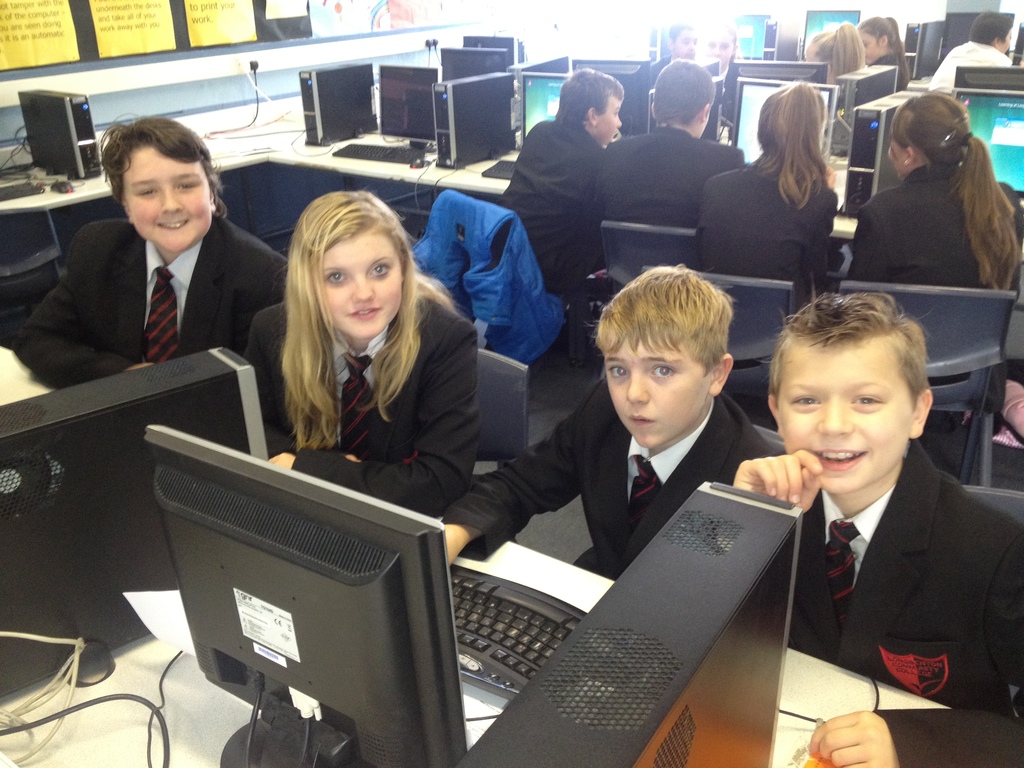 In full cascade it springs from ridge to ridge,

Rolling the pebbles that it dodged before,

Hurling itself against each crumbling bridge,

Delving a trough along the valley…

The Shadow on the water

I lazed upon the sun-scorched beach, and

Splashing in the waves that washed the sand

When, there! a shadow in the…

I float in the azure ocean of my dreams,

Listening for dolphins and other watery beings,

Willing them to join me, …

The Ballad of the Boat

She took her oars inside the boat,

And set sail from the shore.

She said goodbye to all she knew,

To what she’d see no more.…

I put my goldfish on the floor

He only did ten sit ups

Then lay still, that was it

I put my hamster in the wash…

In the High Street, shoppers glare at the sky,

And turn up their collars.

Never less than totally manic fun, today's challenges included two of the Y7 students I'd invited turning out to be going on trips, and the HPV jabs taking place in the Learning Centre all morning (which we worked around!).
Also never had one where I haven't had to send for a student who forgot to come!
That said, they all got into it really well, and having the large computer room to…

Participating in Writepath is every bit as dramatic as the story continuations. Chaos reigned as usual in Granville, Australia as we prepared and fretted about everything from writer's block and camera shyness to the effect of daylight savings on scheduling. A few sweets (actually, quite a lot) soon calmed everyone down and we were off.
Once again, a great adventure for all involved, and a great team-builder. Thanks Bev and this year's authors. Good luck to all involved - photos…

As holes went, this one was big enough to swallow a church. it yawned upwards at the sky, a black mouth in the mountainside, howling silently at the oblivious sky above. That we would have to let it swallow us terrified me. It held a darkness that seemed thick, like it had substance. And somewhere in it, deep within its suffocating gloom, lay The Pool. Dad had spoken about it in the days up to his death, muttered to us  glimpses if that…

At first I thought it was the sound of a clock ticking, and I tried to go back to sleep.  But I knew I was fooling myself.  We'd never owned a ticking clock. It must be a dripping tap. I pulled the pillow over my head, determined to ignore the sound. But what if the plug was in? There would be a flood in the morning, and I would have to mop it up and explain.  So I got out of bed and shuffled to the bathroom.  All was well there. The taps in…

‘Because he doesn’t care…’ said Lily.

Only her voice started to change. It began to echo and the tone grew deeper and more resonant. The result was masculine, bestial and cruel. Daemonic even…

When 13-year old Jake woke, he was no longer in his bed.

He was in a forest, surrounded by plants too strange to be those of Earth.

And even stranger than those was the teenage girl in front of him.

She wore a glittering dress that was cut up to here…

It was getting late. Lee and Charley had been at Megan’s house. Now they were on there way home though the town.

There weren’t many people about as they walked past the big shopping centre. Charley looked through the glass doors.

The Dastur pricked his finger and smeared blood across the boy’s forehead. He bowed low and whispered, “A King doesn’t choose to be King.”

Wow! What a fabulous Write Path session we had! 13 students, working in teams, to read and add to the fabulous stories that had been carefully crafted today.

Despite the odd technical issue, we completed our session on time, and had a few minutes to pose for a picture or two!

It is wonderful to see students so enthused and engaged with reading and writing. A wonderful time was had by all :)

We would all like to send an HUGE 'thank you' to Bev, and, of course, a big…