Being a writer for Write Path myself

This year, 2011, Bev organised that the last day of WritePath would be adults day, when we had the chance to write our own continuations to stories.  I really wanted to see what the experience was like for the students, and so I volunteered.  The only catch was, we had to write all six story continuations in an hour, which was a big ask!  In the end, I only managed 5 out of 6 - in between student interruptions - but I was pleased with that and relieved to see that I wasn't the only one. … Continue

Last year I organised a poetry collaboration, all based around the Voicethread free tool.  It was a simple and fun way of collaborating with other schools, showing community cohesion. 12 schools took part last year, and I wondered if any of you would be interested in taking part this year.  Unlike WritePath there is no rigid time table, but the Voicethreads should be done in the six weeks before the February half term.  The theme of the Voicethread is the same as last year - Poems from other…

Write Path - being the first ones up!

It was a bit of a responsibility, being the first ones up on Write Path! Well, we were meant to be second up, but the school in Kenya seems to have had a bit of a glitch so we turned out to be first up after all! This meant that we had time for a Skype call with Bev, where she told our pupils what an exciting time they were going to have. This took place on the large touch screen in the library, and all pupils could see and hear her.… 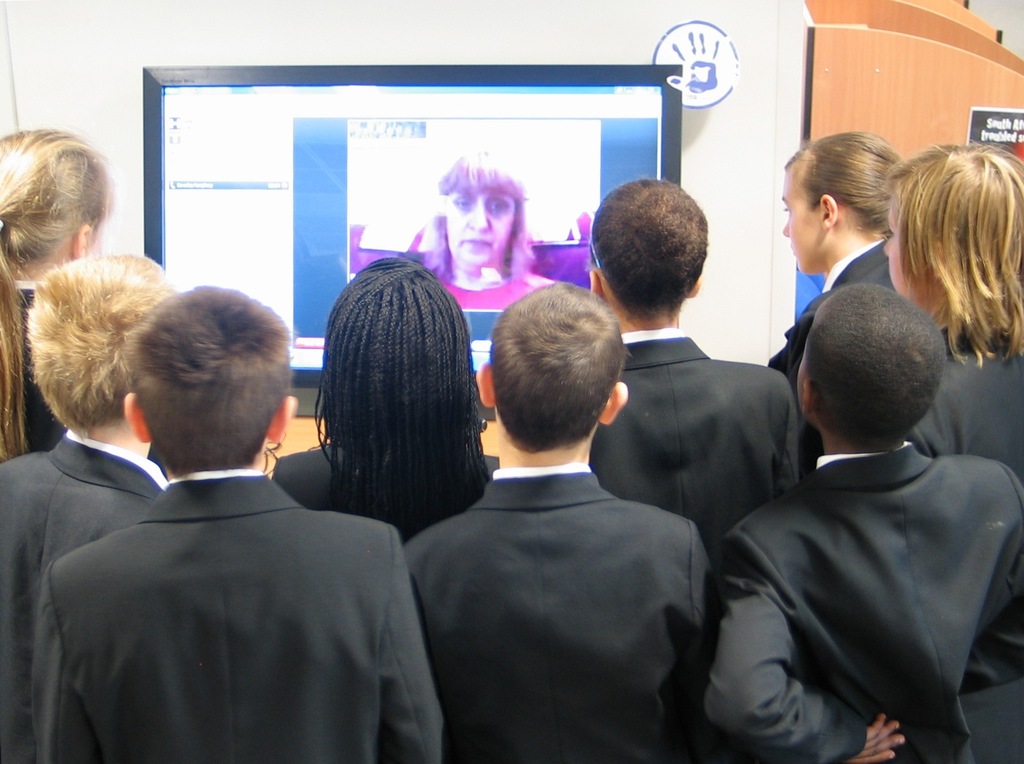 Voicethread poetry collaboration is over

Thank you to everyone who has taken part in the Voicethread collaboration. It has been great fun, and has produced some fantastic work and collaboration between schools. As the collaboration finishes, the participants will be embedding their finished Voicethreads on their pages for you to look at. Do try VoiceThread out for yourself - it is a wonderful tool for collaborating and sharing, easy to use for both pupils and teachers.

So far I have had 11 responses from around the country who wish to take part in this. No international guests so far, but am still hoping! All the same, we are from vastly different part of the country, and we all have a lot to share with each other. We even have an offer of some poems in Welsh! I hope you have all signed up to Voicethread, I will be sending you individual emails with all details on about this event, and the details of our school which I would like you to correct and send back.… Continue

I have just registered on Voicethread for our poems around the world. If you would like your pupils to be added by you without having to register with separate email addresses, then apply for the educators account. It is free, and you can then register up to 100 students for free. They are added as separate identities for you. I will keep you all posted on the progress of this project!

Poetry around the world

Our Year 8 Gifted and Talented English class (corresponds to 12 - 14 year olds) are starting a project on Poetry around the World this term. They would love to link up to other schools both in the UK and elsewhere to share poetry and ideas. We can skype or videoconference with you, as well as share Google Docs or anything you like! Please get in touch with me asap if you would like to take part in this project, which lasts until 10th February. We can talk about times etc for contact to suit… Continue